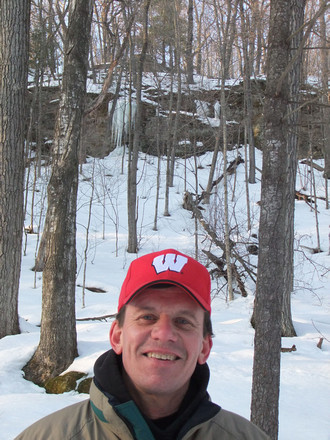 A LITTLE BIT ABOUT THE GUY

Mike Richard grew up in Plain, Wisconsin, and still lives in the area.  He has been an avid outdoorsman his entire life.

He has spent many years on the water in pursuit of waterfowl as both a hunter and guide. If he isn’t hunting out of a boat, a fishing pole can be found in his hand.

On land Mike's passions are turkey and bow hunting. He is a two-time state turkey calling champion. He has also called in the National Wild Turkey Federation's Grand National Turkey Calling Championships twice.

Mike still loves these pastimes but finds that it is just as enjoyable to “catch and release” wildlife with his camera.

He is fortunate to live in an area that offers so much diversity in flora and fauna, as well as wildlife habitat areas within fifty miles of his home and right out his back door, especially the Lower Wisconsin River State Wildlife Area.

Mike wants to share these treasures with you, especially the rare white deer, through his photography.

All photos on this site are the property of FOREST AND FLIGHT PHOTOGRAPHY and may not be copied.  © Copyright 2015
Powered by ZENFOLIO User Agreement
Cancel
Continue